Non-UK sellers on online marketplaces such as Amazon and eBay will be required to submit a valid UK VAT number before they can sell products there, starting in April 2018. They will also be required to display this information to customers on the site.

Previously the onus was on the foreign business to apply for a VAT number by law, rather than on the platforms to enforce this law. Some sellers have also displayed false VAT numbers in the past, with the marketplaces failing to check if these were correct.

HMRC plans to be more judicious than it has previously been in enforcing this. The platform holders will be held directly accountable for any vendors who manage to sell products without a UK VAT number; who display a false VAT number; or who exploit VAT laws by selling through UK fulfilment centres.

Elsewhere, the government has decided to freeze the VAT registration at £85,000 for two years from April 2018, despite expectations to the contrary. This remains one of the highest thresholds in Europe, and provides a significant boost to small businesses.

Hammond has also moved to enforce a ‘withholding tax’ on royalty payments to subsidiaries, often seen as a means of shifting profits to lower tax jurisdictions.

By locating intellectual property such as software and hardware features in a low task territory, companies can pay profits in the form of royalties to that jurisdiction, and avoid certain taxes.

Apple has previously been reprimanded for this by the EU and Japan, and settled another case in Italy for 318 million euros. eBay and Amazon have also come in for substantial criticism, having allowed non-VAT paying sellers to undercut the competition on their sites.

The UK Chancellor announced his plans alongside praise for the HMRC, who have come under fire from MPs for not being aggressive enough in pursuing VAT avoiders.

In a recent Parliamentary report, MPs from the Public Accounts Committee criticised HMRC and digital firms for not doing enough to recover the £1.5 billion which is lost each year in unpaid VAT from third party sellers. Most of their suggested reforms have been borne out in this budget.

The tightening of tax laws around digital businesses follows a similar trend around the world. As well as the difficulties faced by Apple, Google’s parent company Alphabet has settled tax disputes in the UK and Italy, and faces further scrutiny elsewhere.

The European Union has also taken a hard line under Competition Commissioner Margrethe Vestager. Amazon has been ordered to pay 250 million euros in back taxes by the Commission, while Alphabet was forced to pay $2.7 billion in July, and a case against Microsoft is ongoing.

We’ll endeavour to keep you up-to-date with the latest news on VAT, tax laws and tax cases around Europe. For more information on VAT registration, accounting or any other queries, don’t hesitate to contact us. 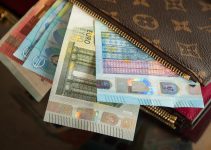 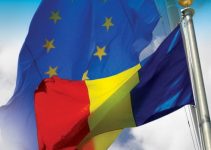 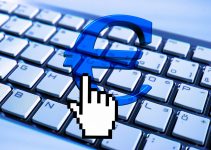 This website uses cookies to improve your experience while you navigate through the website. Out of these, the cookies that are categorized as necessary are stored on your browser as they are essential for the working of basic functionalities of the website. We also use third-party cookies that help us analyze and understand how you use this website. These cookies will be stored in your browser only with your consent. You also have the option to opt-out of these cookies. But opting out of some of these cookies may affect your browsing experience.
Necessary Always Enabled
Necessary cookies are absolutely essential for the website to function properly. This category only includes cookies that ensures basic functionalities and security features of the website. These cookies do not store any personal information.
Non-necessary
Any cookies that may not be particularly necessary for the website to function and is used specifically to collect user personal data via analytics, ads, other embedded contents are termed as non-necessary cookies. It is mandatory to procure user consent prior to running these cookies on your website.
SAVE & ACCEPT

The General Data Protection Regulation (GDPR) is a regulation in European Union (EU) law on data protection and privacy for all individuals within the EU and comes into effect on 25th May 2018.

GDPR also addresses the export of personal data outside the EU.

As our client, you will now have the following rights:

The website www.vatexpertsineurope.com is owned by Accountancy In Europe.com Ltd.

Accountancy In Europe.com Ltd’s Privacy Policy has been updated in line with the new data protection laws in GDPR.

Should you have any queries on the above, kindly email us at info@accountancyineurope.com